Twelve milestones of Spanish science in 2021 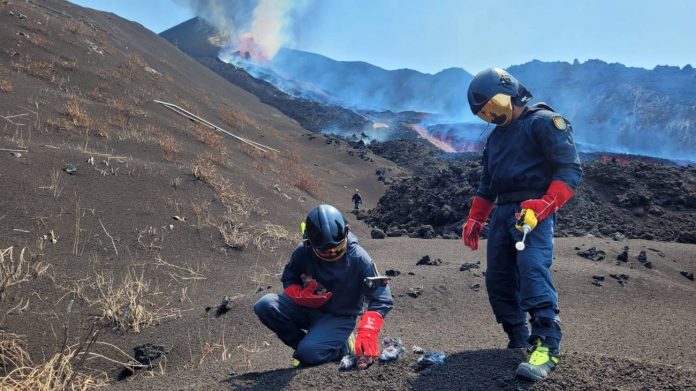 Throughout 2021 there have been a large number of discoveries and scientific advances in which Spanish researchers have participated, as well as national centers. SINC compiles some of the most important milestones that have been achieved this year in our country.

1. Spanish vaccines against covid-19 in development

Of the various vaccine projects that are being developed in Spain, four stand out: three from the Higher Council for Scientific Research (CSIC) and one from the Spanish company HIPRA .

The project of Luis Enjuanes and Isabel Sola at the National Center for Biotechnology (CNB-CSIC) is a sterilizing vaccine , that is, it would not only protect against the serious symptoms of covid-19, but also eliminate transmission .

The second project is directed by Mariano Esteban , also at the CNB. It is based on a highly attenuated Vaccinia virus, which incorporates DNA from the coronavirus protein S. This vaccine will be able to access cells more easily than RNA vaccines.

The third is the DNA vaccine recombinant of equipment Vicente Larraga of the Biological Research Center Margarita Salas (CIB-CSIC). One of the great advantages of this injection is the ease of redesigning it, in less than a month, if it is not effective in the face of new variants .

The most advanced project is HIPRA , which has already started phase II clinical trials . The Spanish company plans to produce some 400 million doses of this recombinant protein vaccine in 2022 ,  designed to improve its safety and induce a powerful neutralizing immune response to SARS-CoV-2. 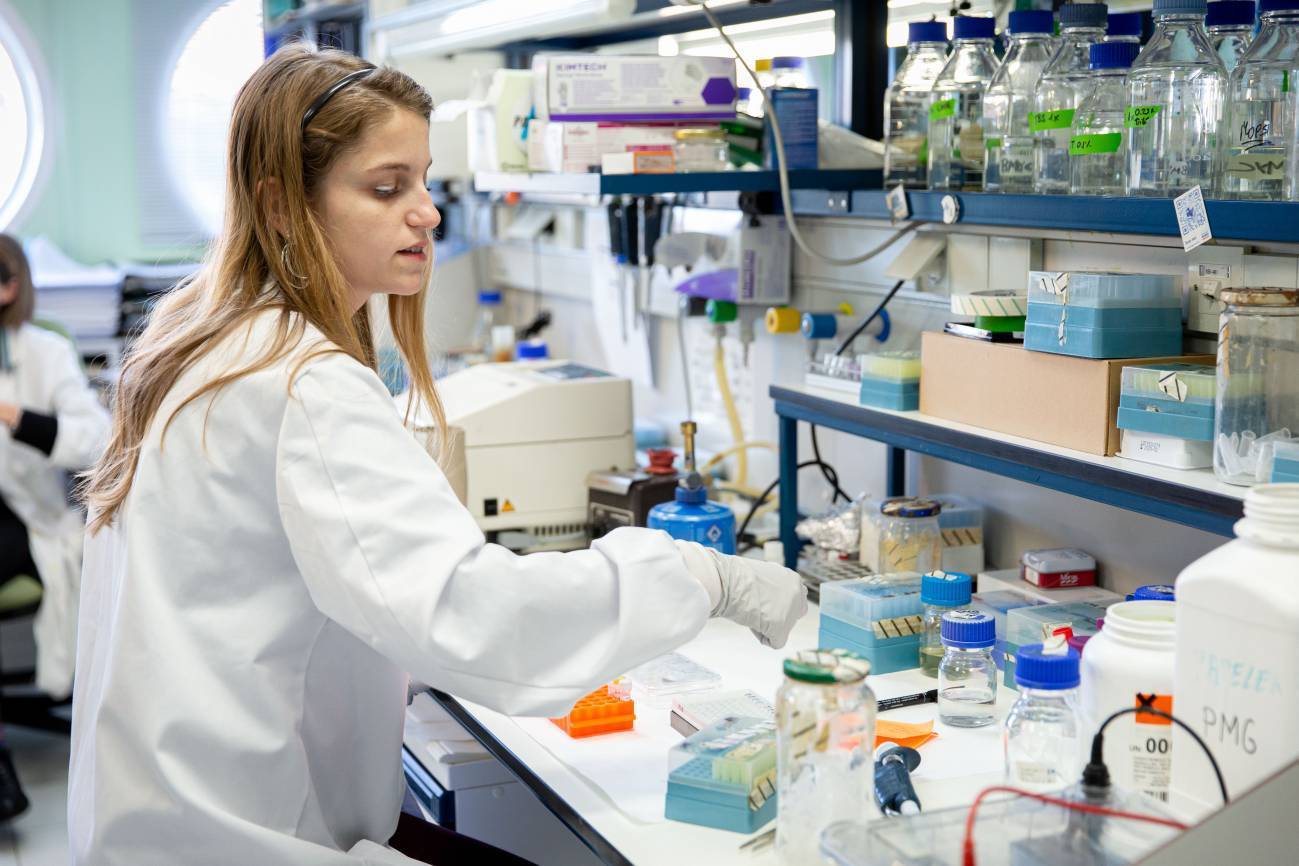 A study by the Department of Evolutionary otoacoustic and Paleoanthropology of HM hospitals and the University of Alcalá (UAH) found that the Neanderthals could hear and speak like humans , which has closed five decades of hard you debate in the scientific community.

Another investigation, with Spanish participation, recovered nuclear DNA from Neanderthals from sediments from an Atapuerca  deposit in Burgos. Until now, it had only been possible to recover mitochondrial DNA from sediments, but the nuclear DNA , which is much more informative, had yet to be found. Thanks to this work, several generations of genetically different Neanderthals were discovered in this site and whose evolution could be driven by the ice ages.

The Perseverance rover has two Spanish instruments on board: MEDA and SuperCam

This year, the Perseverance  rover  landed on Mars with the aim of searching for evidence of ancient life and deepening our knowledge of this planet. Along with him also came  two instruments that have a significant participation of Spanish science :  MEDA , which provides data on the time spent on the red planet; and  SuperCam , which examines Martian rocks and minerals.

In addition, another of this year’s space milestones has been the launch of the James Webb Infrared Space Telescope . The Spanish Macarena García Marín has been in charge of the calibration of MIRI , one of the four instruments that she carries on board and the only one that observes in the mid-infrared.

4. An exoskeleton for children with muscular atrophy

The ATLAS 2030 , a robotic device designed to help children suffering from muscular atrophy and cerebral palsy walk , received the CE mark from the Agency for Medicines and Health Products. This allows its international commercial distribution in hospitals and rehabilitation clinics.

This exoskeleton , made of aluminum and titanium, has 10 joints that are capable of interpreting the patient’s intention of movement – non-invasively – and responding to it at each step. This technology, developed by the Higher Council for Scientific Research (CSIC) and the firm Marsi Bionics, will improve the quality of life of 17 million children in the world. 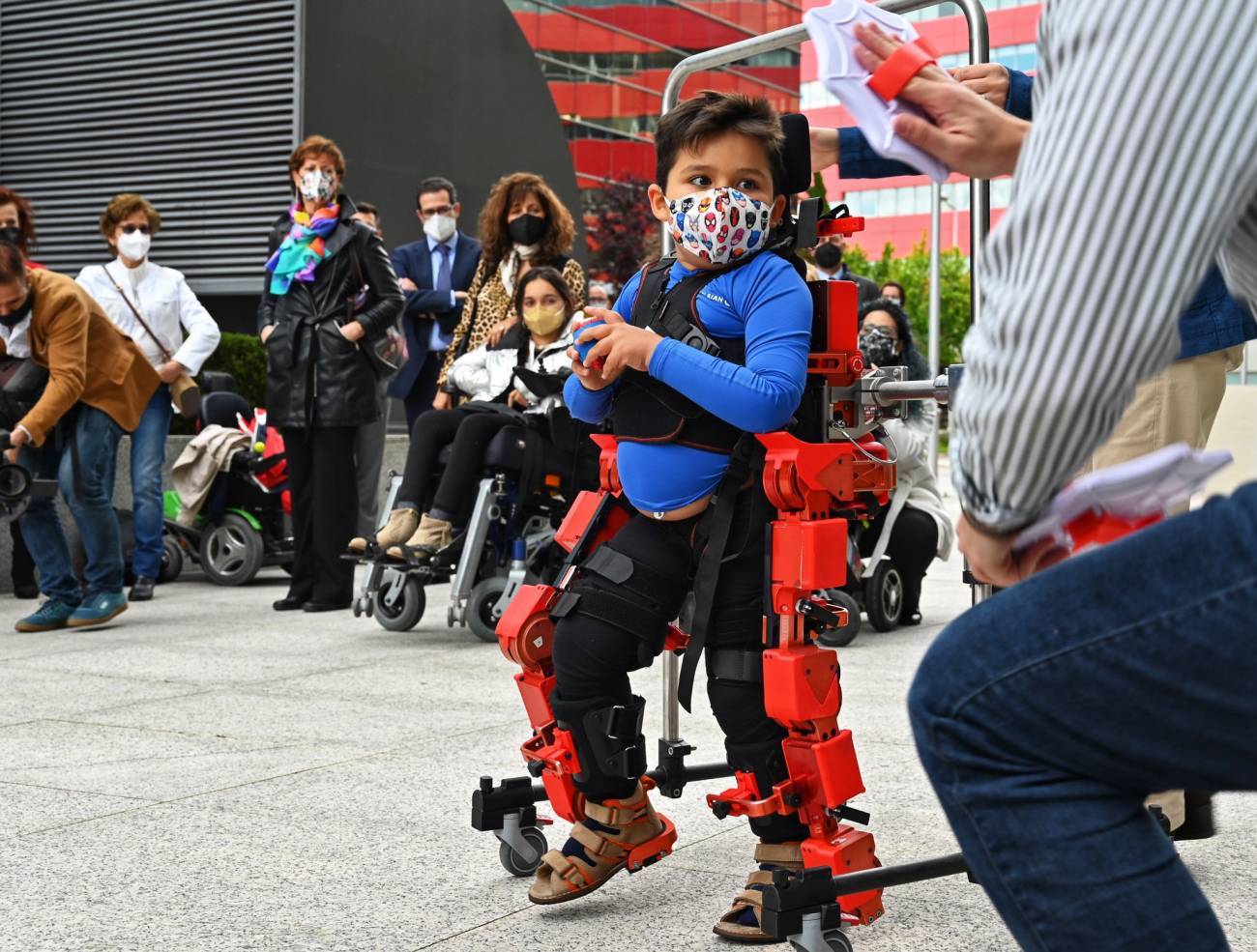 Demonstration of the exoskeleton with a child suffering from spinal muscular atrophy. / CSIC

Researchers from the National Museum of Natural Sciences ( MNCN-CSIC ), the Institut Català de Paleontologia Miquel Crusafont ( ICP ), the University of Alcalá ( UAH ), the University of Zaragoza ( UNIZAR ) and the University Institute of Research of Environmental Sciences of Aragon ( IUCA ) discovered a new species of amphithoid ( Ammitocyon kainos ), also known as ‘bear-dogs’, from the craniodental remains of three specimens excavated at the Cerro de los Batallones in Madrid.

Analysis of its dentition and skeleton indicated that it was a  hypercarnivore  weighing more than 230 kilos and that it coexisted with other large predators such as the saber-toothed tiger and a relative of the panda bear.

6. Science in the volcano of La Palma

The  Sept. 19  entered  eruption  the volcano of La Palma. Since that day,  dozens of researchers from different Spanish institutions have moved to the area in order to study the volcanic phenomenon.

Collection and analysis of gas samples and newly emitted material, aerial surveillance, estimates of the arrival of the wash into the sea and its impact, studies on the stability of the slopes after earthquakes, air quality measurements …

These are just some of the tasks that our scientists have carried out and that have made it possible not only to  monitor  the activity of the volcano, whose eruptive activity has lasted 85 days , but also have provided crucial information to  protect  the island’s population .

7. NASA follows an asteroid from Spain

In October of this year, the asteroid Polymele passed in front of a star, a phenomenon known as occultation that 22 Spanish-American teams of astronomers, with one telescope each, followed from Spain .

Thanks to this, they were able to obtain data on the shape and size of this Trojan asteroid orbiting Jupiter . 10 astronomers from the Asturias Institute of Space Sciences and Technologies (ICTEA) and around 50 Spanish amateur astronomers , among others, participated in the observation campaign . 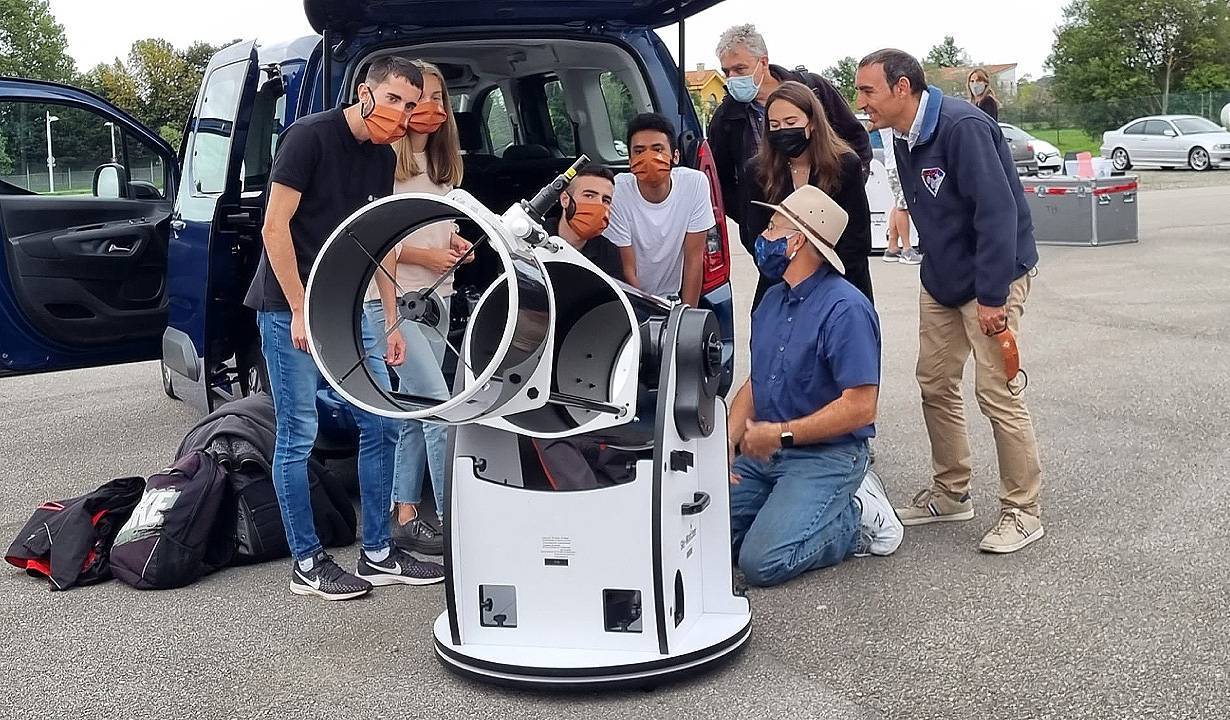 The American astronomer Marc Buie teaches the operation of one of NASA’s telescopes on the esplanade of the School of Civil Marine at the University of Oviedo. / UNIOVI

8. Big step in the fight against superbugs

A team from the Center for Genomic Regulation (CRG) and Pulmobiotics SL have created the first  ‘living pill’ to treat antibiotic-resistant bacteria  that spread on the surfaces of medical implants.

To do this, they used genetically modified bacteria with the ability to produce enzymes that dissolve  biofilms .

9.  A blind woman perceives shapes and letters thanks to a brain implant

The implanted device is a small three-dimensional array of 100  microelectrodes  that allows both the recording of electrical signals and the stimulation of the brain. This microdevice was able to  induce the perception of shapes and letters in a blind person  with the highest resolution achieved so far.

This feat, carried out by the Biomedical Neuroengineering group of the Miguel Hernández University of Elche, was a small step towards the development of  visual neuroprostheses  that help blind or partially sighted people to perceive the environment that surrounds them. 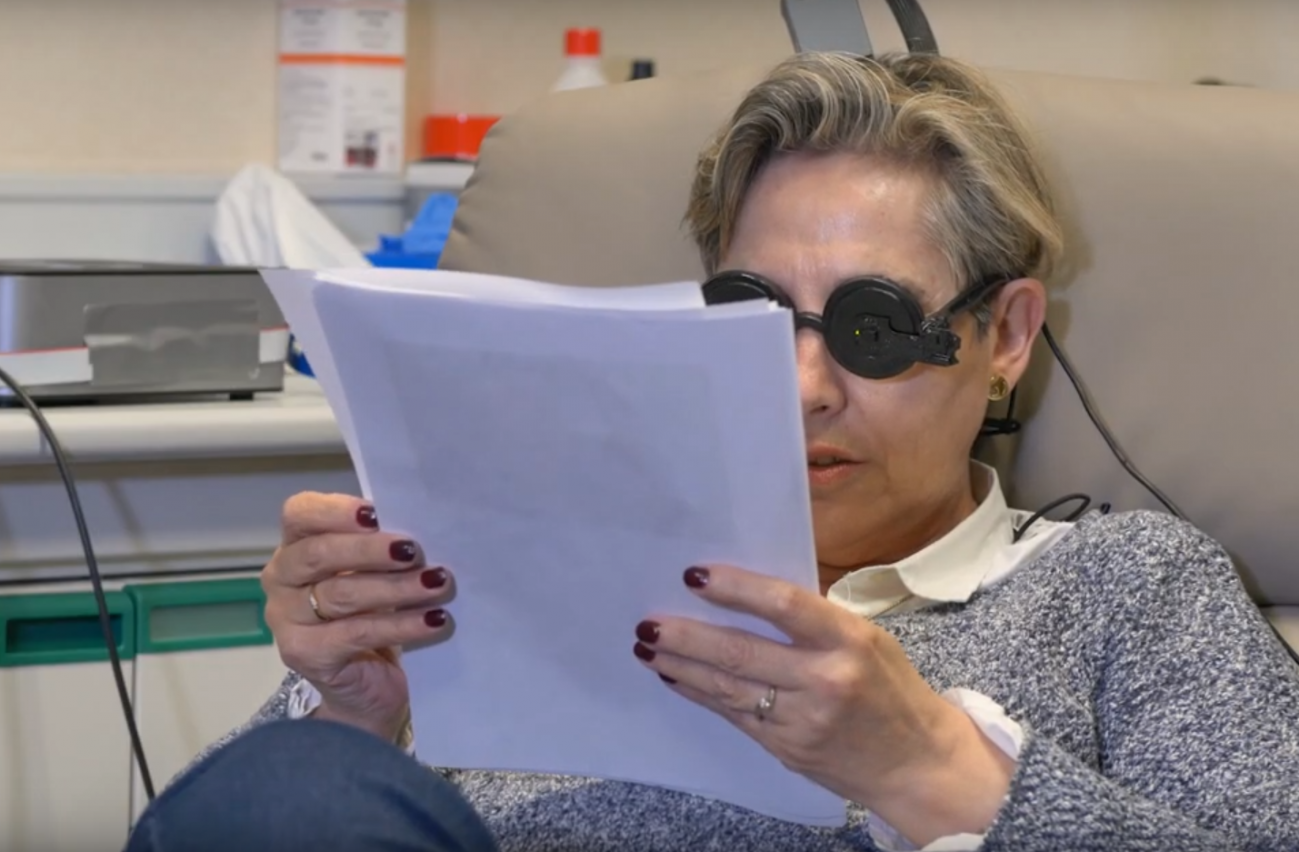 The device is made up of intracortical microelectrodes that are capable of inducing the perception of shapes in blind people. / UMH

For more than 30 years, the scientific community believed that  Parkinson’s  was caused by a lack of  dopamine  in the axons of neurons, which caused movement control to be impaired.

However, this year,  a study led by the Spanish  Patricia González-Rodríguez  described that for the motor symptoms of this disease to appear, a lack of dopamine is necessary both in the axons and in the brain region (known as the  substantia nigra ) where they are the bodies of neurons.

For the motor symptoms of Parkinson’s to appear, it is necessary for dopamine depletion to occur both in the axons and in the cells of the neurons.

In addition, they also discovered that the neurons affected by the disease  do not die , but rather lose some of their properties and change their metabolism. This opens the doors to the design of future therapeutic treatments that allow to recover the correct functioning of these neurons.

Researchers at the National Cancer Research Center (CNIO) discovered the  molecule that is responsible for directing the metastasis process : the  NGFR molecule . By blocking this molecule, a drastic reduction in metastases was observed   in animal models, which opens the way to a possible new treatment to combat them, especially in their earliest stages.

On the other hand, a  cell  and gene therapy , known as  CAR-T ( Chimeric Antigen Recetor T-Cell ) and developed by the Hospital  Clínic de Barcelona-IDIBAPS , has allowed the patient with  multiple myeloma resistant to the usual treatments to become his own donor and his T lymphocytes are modified so that they have the ability to attack tumor cells.

After one year of follow-up, the data obtained are encouraging, since all patients improve with the procedure, and 75% of them maintain the response at 12 months.

After a year of follow-up, the data obtained are encouraging, since all patients improve with the procedure.

In February, the Spanish Agency for Medicines and Health Products ( AEMPS ) had already approved the use of this advanced therapy as a medicine for use in patients over 25 years of age with  lymphoblastic leukemia  resistant to conventional treatments. It was the first CAR-T developed entirely in Europe to be approved by a regulatory agency.

12. Solidarity in the fight against covid-19

Finally, the CSIC  signed in November an agreement with the public health organization Medicines Patent Pool (MPP) and under the supervision of the World Health Organization (WHO) so that the serological tests for antibodies , developed by this center and with a reliability close to 100% are available to developing countries.

This agreement marked the first global open access license for a health tool related to covid-19.

A Spanish team of scientists received the Ig Nobel in Ecology for their analysis of the bacterial population present in chewing gums stuck on the sidewalk of any city.

Although the Ig Nobel are considered a parody of the Swedish awards, the results of this work are not a joke, but could contribute to the decontamination of these chewing gums and other plastics.