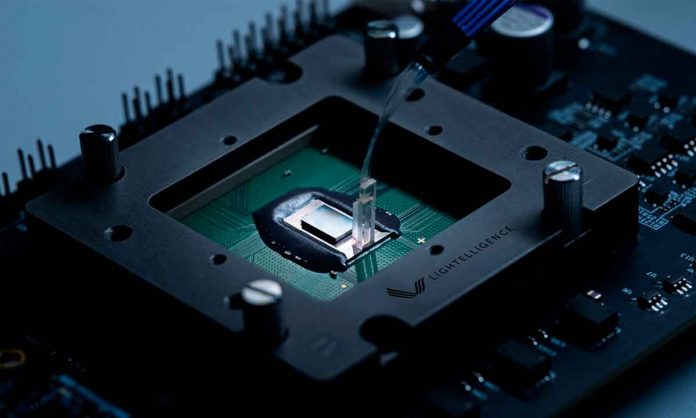 Although when we talk about chips we always think about semiconductors, the research of optical processors is another branch that, as we have been able to verify in recent years, may have a great future, in which it could even replace, in the medium term, silicon-based chips for certain uses. N or talk about a new technology , actually already spent years reporting on it , and giants like Intel and take time researching in this field.

However, although the big technology companies have this technology on their radar, it is other companies, the specialized ones, that are achieving the greatest advances . And it is logical, of course, at the end of the day they have turned into that specific area and, therefore, they are the most normal that they surprise us with their advances in optical processors. This is the same that occurs in many other areas, and that on many occasions ends with the purchase, by some of the large technology companies, of these smaller and more specialized ones.

Such could, without a doubt, be the case with Lightelligence, and that is, as we can read in Techpowerup , this company has managed to create an integrated capable of multiplying the performance of the GPUs by one hundred for certain complex mathematical operations. With this fully functional prototype, it is shown that the evolution of optical processors is progressing at a very good pace and that, therefore, we can already be relatively close to devices designed for specific purposes that could be based on this technology.

Specifically, the Lightelligence proposal regarding optical processors has been used to perform calculations based on the Ising Model, a physical model dedicated to studying the behavior of ferromagnetic materials, and in this case it has been used to try to understand phase transitions. With this test, the development of demonstrated that in solving problems of class of complexity NP-complete could get to be 100 times faster than a GPU RTX 3080 , which is already tremendously efficient in this field.

There are more and more voices that affirm that optical processors, and later optical computing systems, will be great allies of artificial intelligence, precisely because of their great capacity to solve complex mathematical operations , thus ahead of  integrated FPGAs  in a matter of performance (not so in price, of course, at least in the short and medium term). And it is that, no matter how fast semiconductors and superconductors are, the speed of transmission of photons remains, and as far as we know this will not change, unattainable by any other means.