The Tire That Repairs Itself While You Drive 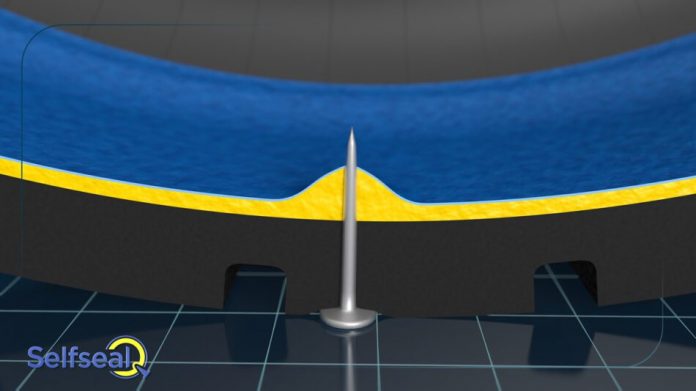 The manufacturers scored a goal against the drivers the day that, with different arguments, they eliminated the spare tire . That day we lost a right and won a problem, that of what to do when a tire is punctured.

Solving it was not easy because the anti-puncture kits have not been the solution. In their favour, it must be said that they have made it possible to lay the foundations for a system that is now being presented and that allows the wheel to seal punctures by itself. It doesn’t matter if the car is running. This self-healing tire, without human intervention, will do its job.

The solution the researchers came up with is based on applying a thin layer of a natural rubber – based sealant to the inside of the tread . When a nail is inserted into the rubber and pierces it, that layer of hard rubber exerts such pressure on the foreign object that it surrounds it and ends up sealing it. What if, while the vehicle is moving forward, the screw comes off? In this case, the same pressure that the rubber has exerted on the nail is now exerted on the hole that has generated the puncture with the same sealing result.

Years ago, looking for a solution to find a self-repairing tire was the object of study by researchers. The difficulty they encountered was that the rubber polymers in the wheels have permanent bonds that cannot be reconnected once broken. Faced with this limitation, scientists from the School of Engineering and Applied Sciences at Harvard University developed in 2017 a rubber in which a molecular string, made up of branched polymers, acts as a kind of insurance that restores the main chain once it has been broken. The researchers also managed to make this new material hard, resistant, flexible and, instead of breaking as usual, adjust to the different forms that it had to adopt. A find with all of the law and with many difficulties to take it to serial production . Until Michelin arrived and put all its intellectual machinery to work. Now they are beginning to market it in Europe in several models of their range under the name Selfseal or, in our words, self-sealing.

Unlike the foam used in anti-puncture kits, which often clog the filler valve, this solution allows self-repairing tires to continue to be used until the end of their useful life. Moreover, the driver may not even be aware of the puncture because there are already cars, especially high-end ones, that automatically adjust the air pressure in the wheels. In other words, goodbye to the cumbersome jack to lift the car and change the wheels.

Those responsible for Michelin recognize that this solution adds weight to the wheels, something that is not trivial considering that electric cars face the overweight of batteries. In return, the thicker rubber improves rolling characteristics and reduces external noise.

What is the drawback?

This self-healing tire is capable of repairing 90 percent of all punctures with a diameter of up to six millimeters that have been caused by nails and screws. But what happens in the 10% of cases in which the system does not work? Or when the hole is larger than six millimeters? Or if instead of pricking because of a nail we do it because of glass? Too many questions for Harvard researchers or Michelin technicians.