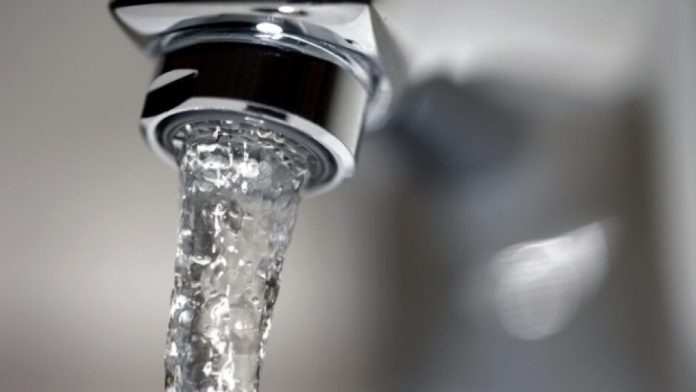 There are cities in the world that pride themselves on having the best tap water, although in many cases they have also had luck with the geology of the place

Drinking water is a scarce resource and is not always available to everyone in all places. However, in some privileged places in the world, either due to their geography or their facilities, tap water is of better quality than bottled water.

In most developed countries tap water has been purified and chlorinated, and its consumption is perfectly healthy. However, this does not always mean that the water tastes good. Dissolved minerals in water, chlorine content, and possible contamination can alter the taste of the water.

In particular, excess calcium and other minerals makes the water taste distinctive . The absence of limestone rocks in the environment and, on the contrary, the presence of granite massifs and high mountains usually provide water with lower mineral content and therefore higher purity.

Likewise, in cold areas of the planet, water has a lower risk of contamination by bacteria or algae. In addition, chlorine does not dissipate as easily when cold and it is not necessary to add as much. For this reason, cities near high mountains or with cold climates tend to have better quality waters.

Let’s take a look at our list of cities that can be proud of having the cleanest water on the planet.

Copenhagen is a beautiful city in Denmark known for the famous Tivoli Gardens, as well as its canals and harbor. Yet another surprising aspect of the city is its drinking water. In fact, drinking water is so clean and tasting so good that the city does not add any chlorine or other chemicals to purify it.

The secret of the water lies in the strict daily quality controls. Furthermore, Copenhagen is strictly against plastic waste and has placed a large number of free public water fountains throughout the city. If you visit the beautiful capital of Denmark, take your own bottle and fill it up.

Iceland is always a fascinating visit, with its wild and volcanic nature. The capital offers countless museums focused on its Viking history. In addition to preserving the ancient culture, the Reykjavik authorities also maintain very strict quality control of its water to ensure the safety and health of its inhabitants.

In Reykjavik, 95 percent of the water comes from underground springs, so there is no chance of contamination compared to river water elsewhere. Tests have concluded that Icelandic water generally does not contain appreciable amounts of chlorine, calcium or nitrates.

In addition to having a beautiful coastal landscape of colorful houses and amazing nature, Nuuk also provides clean and safe water to its inhabitants. Although there are programs to provide clean water from icebergs, most of the supply is collected from lakes and rivers with regular monitoring and surveillance.

The Greenland government is generally very involved, not only in quality control, but in regular inspection of control plants. The result is a supply of fresh, clean water for residents and visitors alike to enjoy.

Known for its clean air and beautiful, unspoiled nature, Helsinki is a paradise. However, for a time its waters were contaminated by the industrial activity that surrounds the city. The Finnish capital has taken the challenge seriously and now provides the highest quality tap water to all its inhabitants. Collected from Lake Päijänne, the water catchment is described as environmentally friendly and cost-effective, saving the city mountains of plastic waste from bottled water. Not only does tap water meet strict regulations on chemical and microbiological limits, but it is also attractive to the senses as one of the freshest waters in the world.

Apart from the abundant beer during Oktoberfest, Munich is also known for another liquid, as it keeps tap water surprisingly clean. In fact, according to the German Consumers Organization, Munich tap water is much healthier than bottled water. It contains minerals in just the right amount and, of course, it is much more environmentally friendly.

In the city, residents are encouraged to fill their bottles from the tap instead of creating plastic waste. One of the well-known sources of Munich’s water is that of the neighboring Alps, where the mountain springs run clean and crystal clear. Still, the water undergoes rigorous filtration processes to ensure the removal of any harmful pathogens and maintain the beneficial minerals.

Norway is already home to one of the most exclusive bottled water brands, Voss. However, Oslo (and other cities in the country) also have impressively clean tap water. Because the country focuses on hydroelectric power, the tap water in the capital Oslo is always excellent. A recent report rated Oslo’s water cleanliness 94 out of 100. The government plays a great role in constantly monitoring and maintaining water quality.

The Alpine country, in addition to giving the world inventions such as the Swiss army knife and Velcro, has cities with the best waters in the world. In Bern, around 40% of the water comes from natural springs found in the Alps. These mountain springs are self-purifying, seeping through layers of rock similar to groundwater. Even so, in Bern they practice additional treatment of both spring water and groundwater. In the vicinity of the city there are several reservoirs that further purify the spring water and transfer it to all domestic pipes quickly, cheaply and ecologically efficient.

Although Sweden’s lakes have been acidified by climate change , the country has since made strides to purify water. The water supply in the city of Stockholm is the result of all this work, receiving a quality certification by ISO in 2017, stating that the water is of high and consistent quality.

The secret lies in the purification of the lake water through various stages, incorporating mechanical and chemical methods to remove any contaminants and improve the overall taste of the water. Don’t worry if it is slightly salty as it may mean that the water is rich in minerals.

Toronto is a beautiful city in Ontario (Canada), home to the famous CN Tower and many other attractions. In addition to maintaining a beautiful city, the authorities also monitor the quality of the tap water. In fact, drinking water is tested every 6 hours to ensure safety and taste.

Even without constant inspections, the water collected in Lake Ontario must go through a rigorous mechanical and chemical filter test to be admitted into the supply. The result is totally safe tap water, with a clean and abundant taste. Since the water is extensively tested for chemical traces and bacteria, you can rest easy drinking Toronto water.

Ranked by Forbes as the best clean water city in the United States, this Iowa city far exceeds the standards of the United States Environmental Protection Agency, with extremely low levels of bacteria, lead, haloacetic acid and turbidity, compared to its competitors. The secret is simply a strict and precise filtration system from the moment the water is collected from the Raccoon and Des Moines rivers. In fact, automatic nitrate detectors are installed in rivers to be able to constantly monitor mineral levels. A website updates the data every few days so that ordinary citizens can be aware of the different chemical readings.

What cities have the best tap water in Spain?

Traditionally cities such as Madrid and Granada are considered to have the best running water, while large coastal cities such as Barcelona and Valencia have the worst quality. Although these differences remain, an analysis carried out by the Union of Consumers and Users (OCU) in 2014 found that the best tap water in Spain is found in three cities: