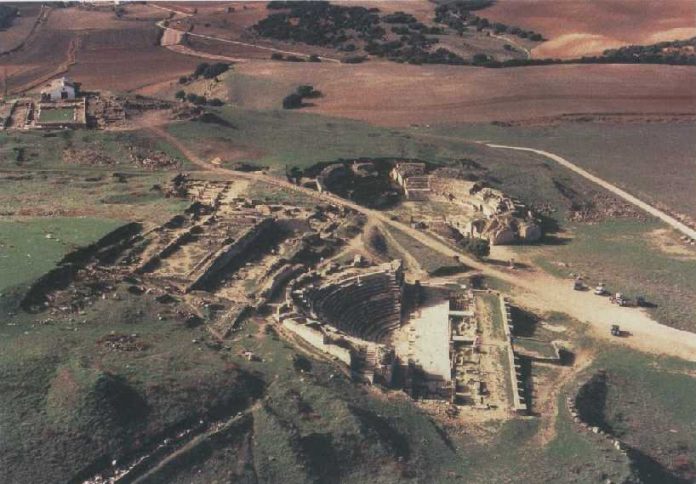 2000 years ago, Hispania was the Eldorado of the Roman Empire, and the mines of gold, silver and other metals were the engine of its power

Imagine some indigenous people who make beads with some bright yellow nuggets that they find in the rivers. Then armed foreigners arrive from far away, who enslave the indigenous people and make them work in the mines, extracting the gold and silver that they will later take back to their country.

What happens is that this time, the story is not located in Africa, nor in Latin America, but in what is now Spain and Portugal, the territories that the Roman Empire had under its yoke for the extraction of gold, silver , iron, lead and other metals. Although free miners also worked in these mines, slave labor was the engine of industry at the time. Roman mining had nothing to envy to modern mining in destructive and polluting capacity. At present, under the Greenland ice, three kilometers deep, air bubbles have been found contaminated with lead vapors from mining in Roman Hispania.

The advance of the Roman mines meant the cutting of many forests to obtain wood with which to support the galleries of the mines or as fuel for foundry and forging. This increased erosion and led to desertification in those areas.

Metals like gold are sometimes found in the form of nuggets carried by rivers, but if you follow the course of the river towards the mountain it is normal to find a vein. The Romans collapsed entire mountains in search of these seams, and the devastation produced has continued to this day in landscapes such as Las Médulas. Here, once the gold was exhausted, nature once again conquered the broken rocks, giving rise to a visual spectacle of orange stone and vegetation.

These are the Roman mines that you cannot miss in Spain: The gold rush already existed in northern Spain long before it did in the Wild West. Las Médulas is a deposit located near the city of Ponferrada, in the El Bierzo region. Here was the largest open pit gold mine in the entire Roman Empire. The Cultural Landscape of Las Médulas is listed by UNESCO as a World Heritage Site, but what we actually see is a mountain destroyed by the frantic search for the yellow metal.

In fact, in Latin the technique used was called montium ruin , described by Pliny the Elder in the year 77. This hydraulic mining consisted of drilling deep galleries and flooding them with water from a transfer between basins For the rocks to crumble Seven long aqueducts took advantage of the streams of the region, which were later used to wash the alluvial gold deposits.

Large-scale production did not begin until the second half of the 1st century. Again according to Pliny the Elder, 20,000 Roman pounds (6,560 kg) of gold were mined each year and involved 60,000 free laborers. In just over two centuries, the gold ran out and the green returned to the marrow between the scars of the mountain. The waters of the Rio Tinto are bright orange due to very complex chemistry. They are extremely acidic waters with very high levels of iron and heavy metal sulphides, including iron (the most abundant), copper, cadmium and manganese.

In the Río Tinto area, minerals, mainly copper, silver and gold, have been mined for approximately 5,000 years. The Tartessians and Iberians began to extract minerals in 3000 BC, followed by the Phoenicians, Greeks, Romans, Visigoths and Arabs. Of course, the Romans did it in a big way. In 2017, the remains of the Roman town of Urium were excavated, which is located on the grounds of the Atalaya Mining company that currently operates the mines. More than 40 Roman gold and silver coins have been found, mainly from the time of Nero and Trajan, between the 1st and 2nd centuries.

Although the river represents a very harsh environment for life, some microorganisms classified as Extremophiles, including bacteria and algae, thrive in these conditions, which has made it a place of study to understand how life could exist in Mars or the moons of Jupiter and Saturn.

The Arditurri silver mines are located near the town of Oiartzun, in the Basque Country. In the heart of the Aiako Harria Natural Park (Peñas de Aya), an immense granite massif, the Romans built more than two kilometers of galleries that can be visited today, since the explanation remained active until 1984.

From these mines the Romans extracted silver-bearing galena or silver ore. However, this mine was not exhausted so quickly and it was in operation almost without interruption until 1984. What we can visit today is a mining complex in which the drainage gallery, one of the most important in Europe, built by the Romans, meets. to avoid flooding, with more modern led extensions.

The exploitation system was different here: the Romans dug vertical wells connected by galleries with a slope that allowed the water to drain. In 2008 the interpretation center was opened to the public in the building where the mining laboratories used to be, with an interesting exhibition on mining through history. Inside the Eugènia mine in Bellmont del Priorat. Photo: Angela Llop

These lead mines were already exploited long before the Romans arrived in the Iberian Peninsula, there are remains that indicate that lead was already extracted from the surface between 3000 and 2000 BC. However, things got serious with the Romans, who began excavating galleries from 210 BC. Only oil lamps used by the miners remain from that time, since the mine continued in operation until 1972. The period of greatest prosperity occurred between 1920 and 1960, contributing to the growth of the municipality. The mining museum of the town organizes visits to the first gallery of the Eugènia mine.

Did the Romans have windows with glass? Glass was already known, but its use in windows did not become common until after the Middle Ages. The windows of the Romans were made of “Lapis Specularis”, a crystallized mineral of gypsum, translucent or transparent, easy to cut with a saw. These mineral sheets were mounted on wooden frames to make windows.
Well, the largest Lapis Especularis mine in the empire was in a place called Cueva del Sanabrio about 150 kilometers from the ancient city of Segóbriga, and next to the current Saceda del Río in the province of Cuenca.

In the Cuevas del Sanabrio you can visit two mines and observe this crystalline material in its natural state. The work of the miners contributed to the splendor of the Roman city of Segobriga, since the exploitation of this precious material lasted for more than two centuries.

Share
Facebook
Twitter
Pinterest
WhatsApp
Previous articleHow long does it take for a black hole to form?
Next articleThese are the best images of the movement of the stars around the black hole of our galaxy
RELATED ARTICLES
Travel